A lovely and melodious good luck charm with next to nothing : two or three pieces of pretty paper, some beads, some thread, a little bell… 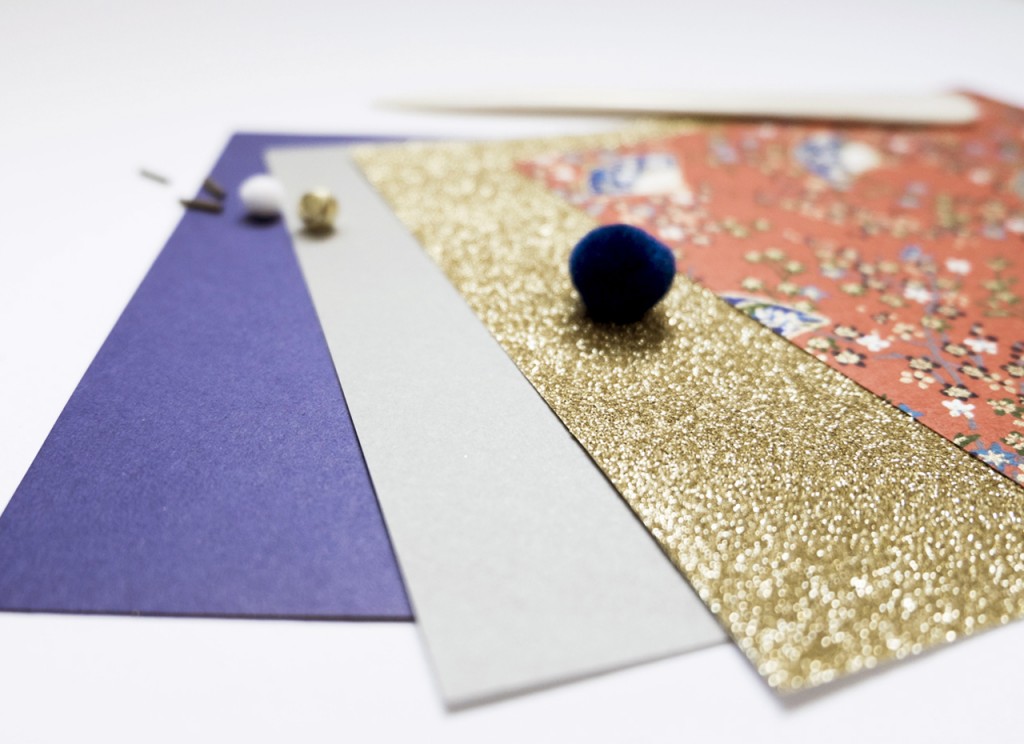 You can of course replace all the previous proposals by what you like most… Silver pearls, three pompoms, or no pompom, plain paper only…
In addition, you will need a bone folder (or you can use your nails to mark the folds), scissors and a needle. 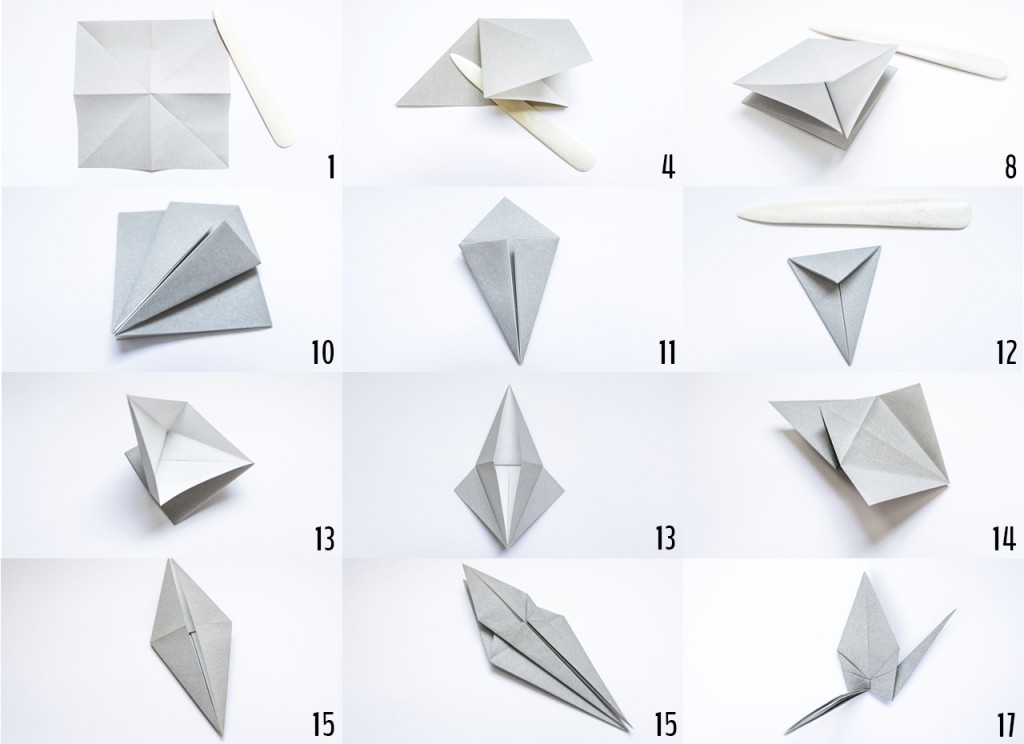 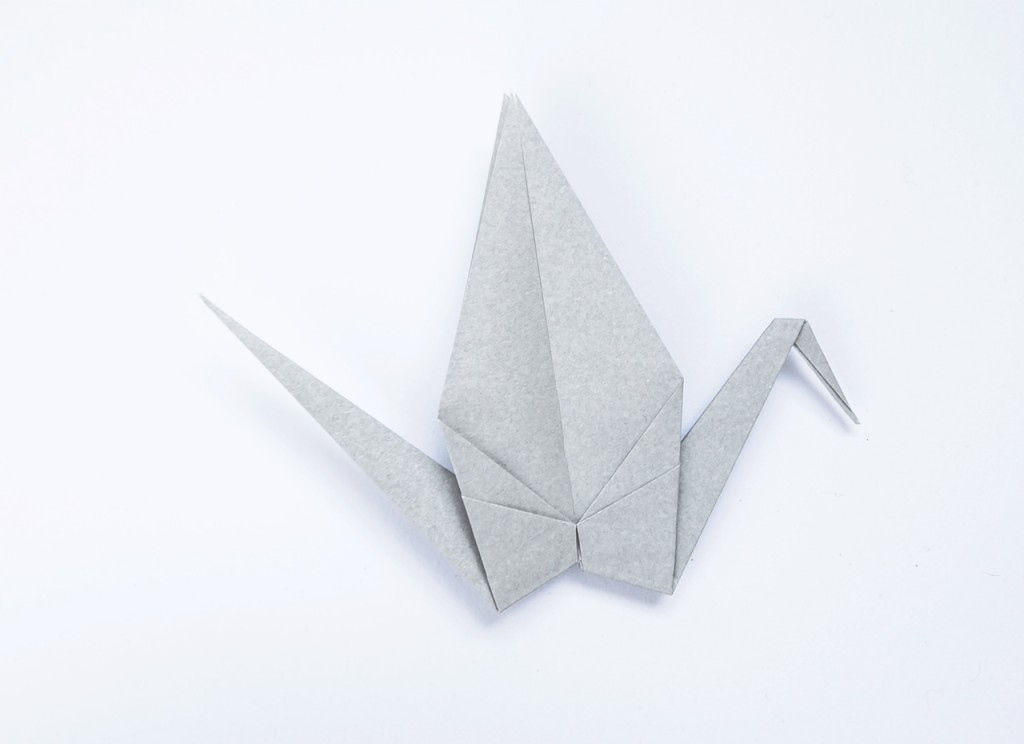 You can customize the wings by cutting and gluing small triangles or thin strip of golden paper. Up to you ! 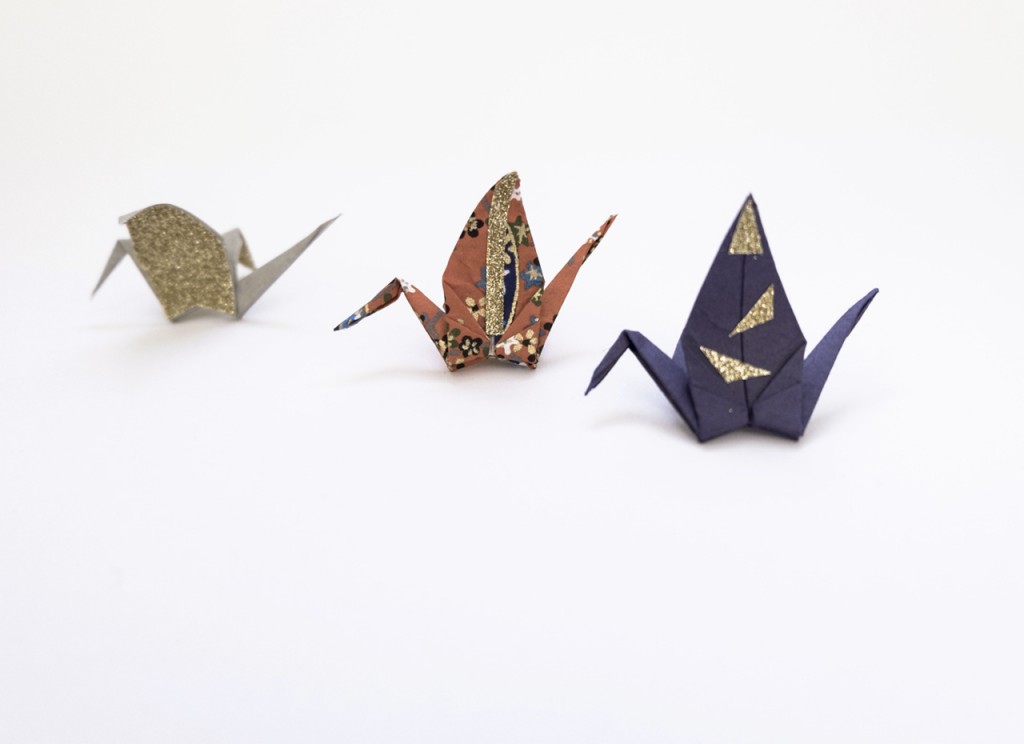 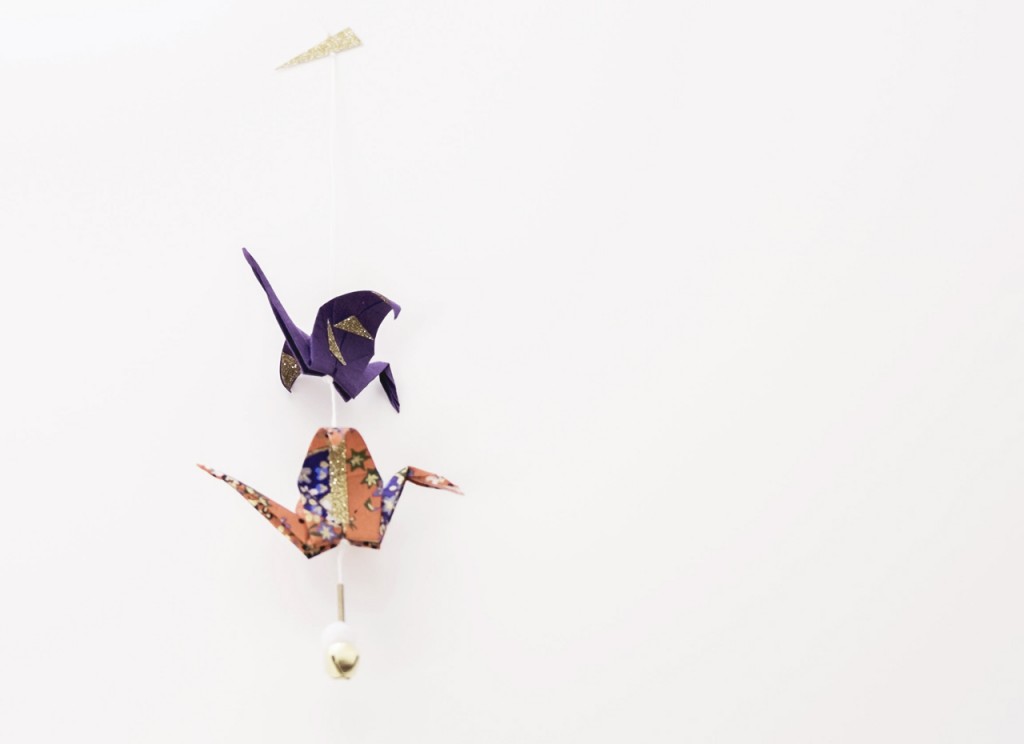 Or wrap up as a gift… 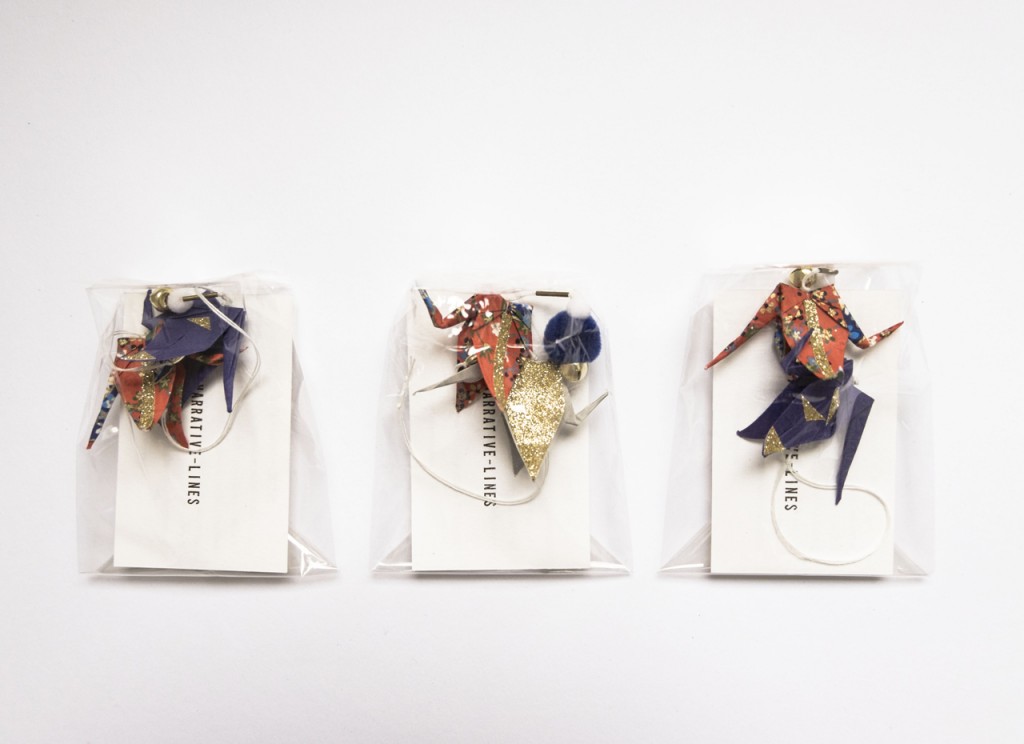 Origami in the Japanese culture is the traditional art of paper folding, it was born in China in the 6th century and made its way through Korea to Japan carried in the Buddhist monk’s baggages.
The crane has become an icon, symbol of peace and longevity. Countless legends are associated to it. A popular proverb says : “anyone who folds a thousand cranes will have his wish granted”. 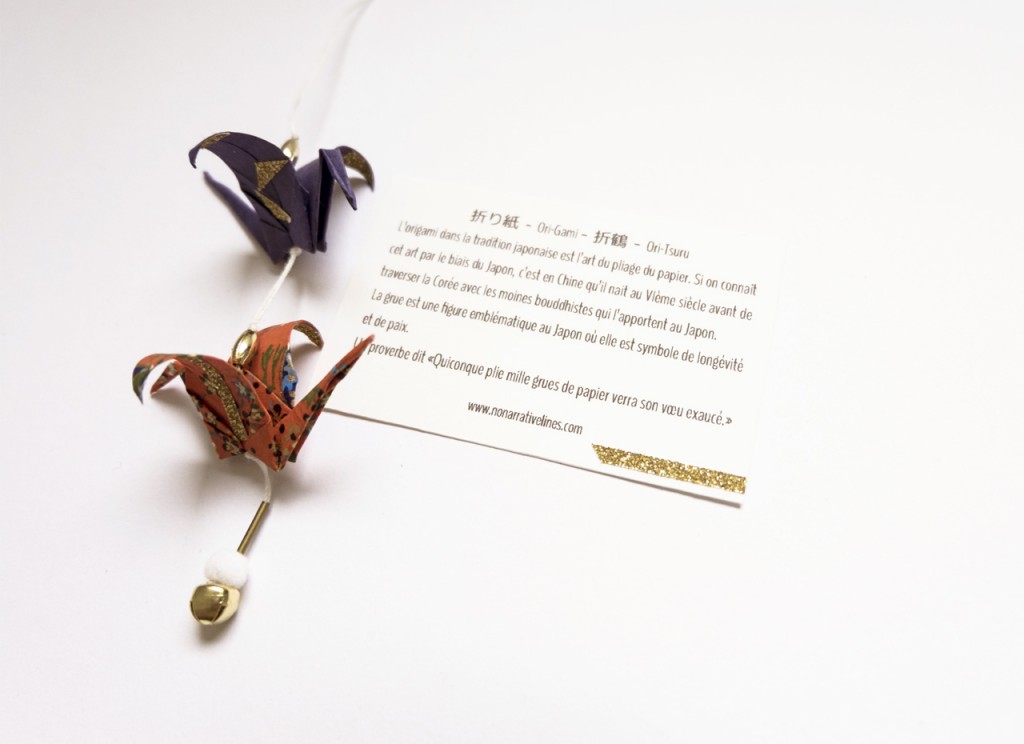 Have a look around !